Who would have imagined in 5 short years, Clickfunnels becomes $100 million company, and there is no one who is doing online marketing except using, heard of, or thinking to use clickfunnels? It is an amazing success story that Russell Brunson created an example for every entrepreneur around the world.

Clickfunnels is and always known as sales funnel creation platform, they are good at it, they are the best in the market. Not long ago, clickfunnels decided to enter the market of email automation, autoresponders, and chatbots which is clear today that didn’t go well for them, and today, Russell announced that these services represented by Actionetics will be retiring.

With Clickfunnels Platinum, Actionetics and Actionetics MD is called FollowUp Funnels which is better and easier to use.

After the update, there was a talk on the net that the backpack Affiliate system tool won’t be available for new users under Clickfunnels Platinum. But today, Russell himself that it is still available and nothing is changed.

That is a good new specially for those who have their own products and use clickfunnels to attract affiliates.

Nothing is changing. Everything stays the same. Yay!

Before the last update, there used to be a plan for people who want to experiment with clickfunnels and pay $19/month. Now, this plan is not available anymore.

See my review of Clickfunnels, as mentioned there, there are two types of plans you can get from clickfunnels

Clickfunnels Platinum is a re-branding of the second (Etison) plan. Existing users of the etison plan will continue to use it and automatically will have clickfunnels platinum with no extra action that needs to be taken.

In addition to the benefits listed above, Clickfunnels Platinum users will also get the following.

Also the basic plan, $97/month gets some free courses in Funnel Flix which is really good thing to have.

Knowing Russell Brunson, the creator of Clickfunnels, He always dreams big, He always wants to change the world, I am expecting Funnel Flix will be something big in the future. Only time can tell.

So, to recap, under Clickfunnels Platinum plan, you will get the following:

When Clickfunnels Platinum first released September 23rd, there was a talk that funnel sharing won’t be available and it was actually tested and really was not available. I didn’t like that part since sharing funnel was a huge selling point for affiliates. But now, September 26th, it was all fixed and sharing is available and confirmed by Russel himself. I am sure all affiliates will be happy with that.

Another thing that I didn’t like is the price. For now, it is still at $297/month but it will be $697/month. We don’t know when it is going up to that price, Russell himself doesn’t know yet.

I think small businesses and affiliates who are just starting will struggle to pay that amount. That price should be really justified for them.

However, stablished affiliates and those who know the value of clickfunnels won’t hesitate to pay that amount on a monthly basis.

It free for 14 days trial period, then, you pay $297/month with cancelation anytime.

This deal considered to be a very good deal considering what you get out of Clickfunnels Platinum. The value of individual products included in this package is way and beyond the $297/month.

However, this price won’t stay like this forever according to Russell Brunson. It will be $697/month after some time. No one knows yet when that price kicks in, Russell himself said he doesn’t know and he doesn’t decide yet. So, if you are planning to join clickfunnels platinum, this is the right time before the price increases.

These are the exact words of Russell Brunson:

We don’t know when or if it will go back to it’s full price at $697/month, so this is a great time to lock in ClickFunnels Platinum at $297/mth!

If you are using more than 20 sales funnels a month, then, yes. It is a must for you because your business will be losing money for not having enough funnels that drive sales and leads if you don’t have the platinum plan.

Another way to look at it, If you are still learning online businesses and trying to get started, think about the courses you need and they don’t come cheap. Just assess how much will you spend if you bought all the courses you need vs just buying the platinum plan and finding those courses for free inside FunnelFlix.

MY FINAL THOUGHTS ABOUT CLICKFUNNELS PLATINUM

I think Clickfunnels Platinum package is still a great value as we used to see with all products of Clickfunnels. The absence of Actionetics and backpack affiliate system tools doesn’t make a difference with most the users just like me that I don’t use them at all.

If you have your own products and accept affiliates to promote your products, products and you use Backpack Affiliate System tools, you should think twice.

It is also a no brainer to get the product for a test drive for 14 days. Who knows, maybe that is the one thing missing from your business.

Nabil Al-Baidhani
Founder at KRA Marketing
Disclaimer: Some of the links on this page might be affiliate links. That means if you buy anything through those links, I will be paid a commission with no extra cost to you.

Clickbank For Beginners: How to Make Money with ClickBank? Are you familiar with Affiliate Marketing? If not, then simply it…

As we all know, Clickfunnels has a lot of products and courses that they can be proud of and helped a lot…

If you are doing any kind of marketing, you are writing blogs, sending sales emails, or even have a simple…

ClickFunnels is a sales funnel software tool that has been out forever, and over time, they’ve certainly added many great…

Some people might be satisfied with the purchase of one product and that is it. But others, they want to…

PUT YOUR EMAIL AND GET STARTED

Want To Start Affiliate
Marketing, But Don't Know Where To Begin? Watch This Free Video 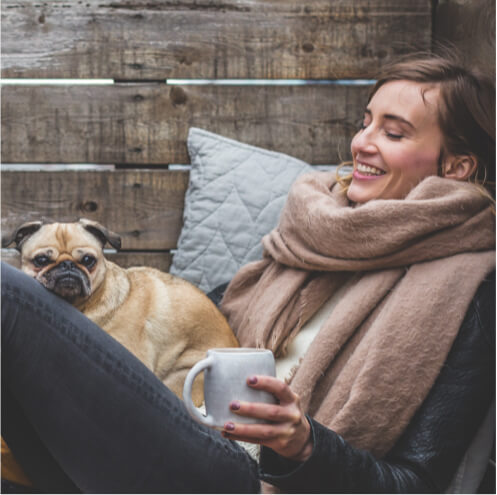